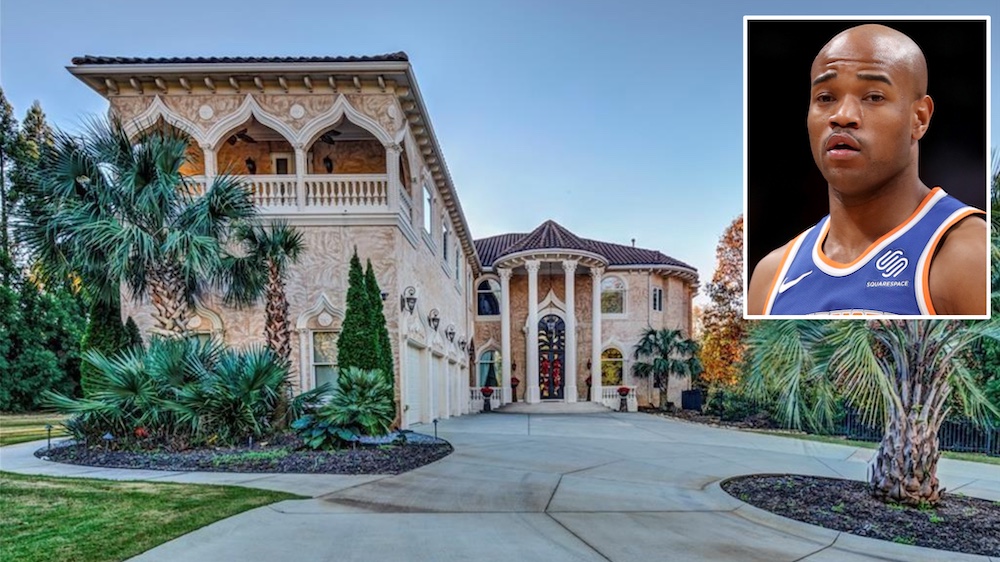 Former NBA guard Jarrett Jack is dribbling away from hisÂ Sandy Springs, GA, mansion. The grand home is back on the market for $2.85 million.

Following a 13-year stint in the league, Jack, 37, is ready to vacate his Atlanta-area home. He first placed the home on the market in November 2019, asking $3 million, but has sliced the price steadily over the past year. The Maryland native purchased the property in 2009 for $2.15 million.

Built in 2009, the luxury build on 1.3 acres is entered via a circular drive that features tropical, landscaped grounds. With six bedrooms and 6.5 bathrooms, the interior offers a whopping 11,000 square feet of living space.

Standout features include an oversized foyer with a spiraling double staircase, high ceilings, as well as floor-to-ceiling windows throughout the home.

The chefâs kitchen offers top-of-the-line appliances including a gas range, double ovens, high-end cabinetry, a center island with seating, and an eat-in nook.

For a buyer in need of options, the residence offers two master suites to choose from. The main level master suite offers a fireplace with a sitting area, spa tub, a huge walk-in shower, and a spacious custom walk-in closet.

The second master suite can be found on the upper level and offers several upgrades and an abundance of windows. French doors open to a large balcony overlooking the private and secluded backyard. Guest bedrooms also include private bathrooms and walk-in closets.

The home also offers a perk-packed terrace level, with an entertainment bar and hangout area, a fitness center, and a home theater.

Step outside, and youâll feel the resort style vibe from the pool and spa, to the covered cabana with seating area, and a television to keep up on hoops action in the outdoor, built-in kitchen.

The listing details note that the home is conveniently situated near Chastain Park, as well as shops and restaurants. Downtown Atlanta is a just a 16-mile commute.

In 2005, Jack broke into the NBA with the Portland Trail Blazers. After three seasons in Rip City, Jack made his way all over the league, playing with eight other squads as a dependable guard.