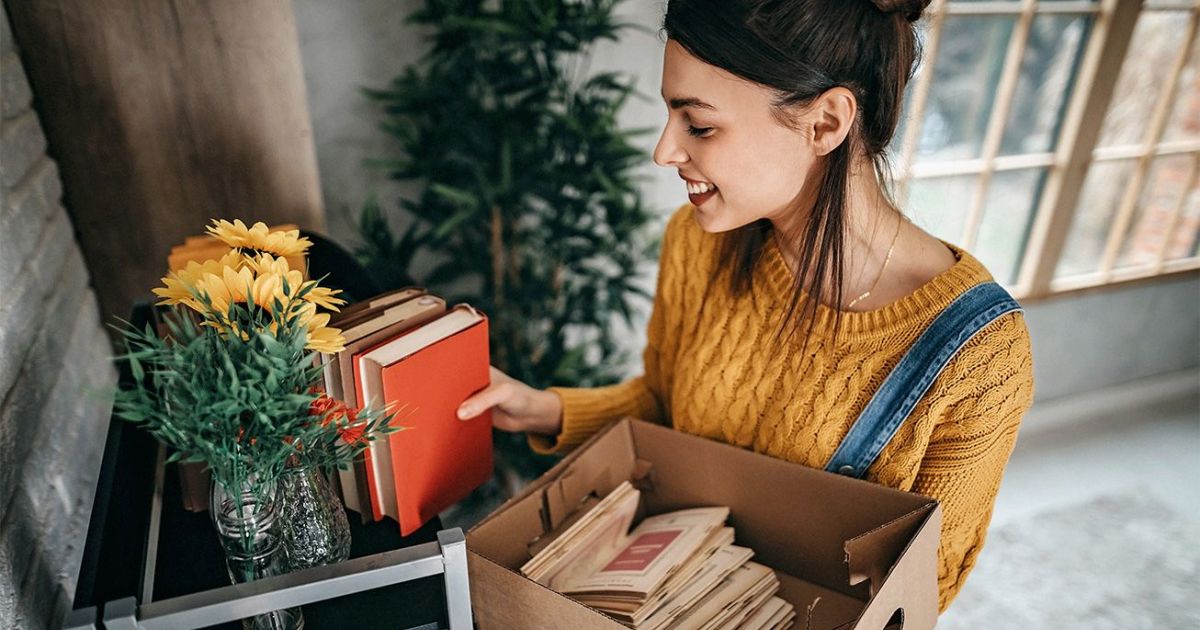 Sometimes, focusing on less can get you so much more. With these minimalist lifestyle tips, you may end up cutting down more than just your budget.

Spring is here and it’s time to open the doors, shake out the rugs, and let some of that fresh air into your life again. Whether or not you’ve just endured a brutal, snowy winter, spring is a great time to make some positive changes that will help keep your momentum up all year long.

Here are 8 ways that you can spring clean your entire life, starting right now as we head into summer.

#1 Get started on your taxes and finances for next year

Yes, I know you probably just finished doing your taxes for last year, but there’s no better time to get everything in order for this year. If tax time is particularly stressful for you, get a jump start on entering your expenses and income into your favorite financial tracker Mint to make next year’s tax season a breeze. The first quarter of the year is already over, so don’t wait to get on top of your finances.

If you have your bank and credit accounts linked up together with Mint, take a moment to review any monthly recurring expenses that you aren’t still using. You might be able to save hundreds of dollars by cutting out an unused gym membership now that the weather is nicer outside. To take full advantage of the beautiful weather, try pausing or canceling a streaming video subscription for a few months; you can always go back to it later when you want to spend more time inside again.

#3 Declutter one item or more per day

A big part of spring cleaning is clearing out the clutter that might have accumulated over the winter in your home. The best part is, decluttering doesn’t have to be terrible. You can make a fun game out of it by donating, selling, or recycling one thing every day for the entire month. Feeling ambitious? Try playing The Minimalist Game, which starts on a new month and ramp up the number of items you declutter as you go. One on the first day, two on the second day, three on the third, and so on.

Especially if you live in a colder climate, it’s probably time to change over your wardrobe to a more seasonally-appropriate selection. Instead of packing all of winter clothes away, donate any sweaters and winter wear that didn’t get used over the last four months or so, then pack away the rest for when you’re ready to use it again. If you want to give a capsule wardrobe a try, check out Project333â33 items of clothing for three months.

#5 Eat a salad as a meal every day

While winter is the perfect time for hearty soups and stews, it’s time to break out the salad tongs and lighten up your fare. Try replacing one of your meals with a big salad each day and see how it makes you feel after a few weeks. It doesn’t have to be lettuce in a bowl either, you can get creative with your vegetables, toppings and dressings. Not only is this a great way to eat more greens, but you can save a bunch of money by preparing a lunch like this in advance instead of buying lunches out while at work.

#6 Dust the surfaces and corners in your home

If you’re going to do some spring cleaning, it should probably include some actual cleaning, right? Grab the duster and vacuum and pay special attention to the corners, nooks, and crannies around your home. A little attention to some often ignored areas can go a long way in making your space feel clean, open, and inviting. Now is a great time to pull your furniture and appliances out from the wall, wipe down cabinets, and dust the blinds.

Most importantly, check your credit profile to make sure everything is on point and there aren’t any issues you weren’t aware of. You can use your Mint.com account to check your credit score without impacting your credit, and regularly monitor it completely free. It’s a great option that doesn’t require pulling your full report or paying for active monitoring.

#8 Change your passwords and enable 2-factor authentication when possible

Yes, it’s totally a pain but the best time to change and update any old or duplicated passwords is right now. Especially if you use the same password across several different sites, itâs important to change them up and use proper, secure passwords for each site. I highly recommend using a password manager like LastPass or Dashlane, they both streamline the process and make it easy to manage a huge number of proper passwords.

Even if you just pick a few of these ideas, you’ll surely reap the rewards of doing some spring cleaning this month. The more space you create for all the right things, the more easy and fun the rest of your year will be. Letâs get cleaning!

If you’re interested in starting a business while in college, here are some ideas that you might want to consider.

When Jeff Nealâs wife told him she wanted to quit her job to stay at home with their kids, he had to think about how to make one income work. With over $21,000 in student loans, there wasnât much extra money lying around. Losing another income stream would be difficult.

But rather than give up hope, Neal did something no one expected. He launched a side business that helped bring in extra money: selling crickets online.

Yes, you heard that right. Crickets.

Now, Neal makes $600 a month selling bugs online at The Critter Depot, which helps him pay off his debt. Read on to learn more about this odd side hustle and how Neal has turned it into a steady income stream.

Searching for a Side Hustle

Neal graduated from Temple University and got a job as a project manager. While he made a good salary, he had student loan debt and a growing family. When his wife decided she wanted to stay home with the kids, Neal knew he had to make changes.

âMy wife wanted to stay home, so I had to take full responsibility as the sole provider,â he says.

Since his full-time job involves e-commerce, he focused his side-hustle search on online jobs. After doing extensive research, he decided to put all of his efforts on one specific niche.

The area that he identified was in the pet industry; reptile and exotic animal owners need live crickets to feed their pets, but getting them can be difficult â and expensive. So, Nealâs site caters to pet owners, selling crickets of various sizes in bulk.

But before you rush out and buy tanks and crickets to replicate Nealâs success, you should know his approach is even more interesting. He actually doesnât deal with the crickets at all. Instead, his business is a drop shipping company.

What Is Drop Shipping?

Drop shipping is a business model where the store doesn’t stock any of the items it sells. Instead, when a customer purchases a product, the drop shipper works with a manufacturer â or in this case, a cricket supplier â to fulfill the order. The drop shipper never comes into contact with the product, so wrangling crickets isnât part of Nealâs day.

âI donât know anything about raising crickets,â he admits. âThey have short life spans and unique nutritional and environmental needs. Itâs a lot of work that takes a lot of knowledge. When I set up my business, I found someone who breeds crickets. He takes care of them and ships them; I just handle the orders.â

For customers, drop shipping is a seamless process, whether itâs through Amazon or a private site. Most of the time, you donât know when youâre buying from a drop shipper. Once your order is placed, the drop shipper works with the supplier to place the order, and you receive the item like you normally would.

Drop shipping can be a mutually beneficial relationship between the seller and supplier. In Nealâs case, he has the marketing expertise and skills to build a successful website and business. That gets the cricket farmer more exposure and more orders than he would get on his own. Neal estimates that he generates about $3,000 in sales each month from The Critter Depot and his cut is $600.

Previously, Neal primarily sold crickets on Amazon. But meeting Amazonâs strict standards is hard when youâre shipping live insects. He ended up taking his sales to just his website, which requires more work for him each day to build traffic.

His new income stream allows him to take advantage of other opportunities, too. He recently purchased the site Jason Coupon King, which generates another $700 a month in revenue.

Balancing a Side Gig With Life & Work

While Nealâs side hustle is successful, he has to balance his work with his full-time job and his family. But thatâs why he says drop shipping is a great option. It gives him the flexibility he needs while still allowing him to earn extra money.

âI donât have a television, so when I come home from work, I just spend time playing with the kids and catching up with my wife,â says Neal. âOnce theyâre in bed, I work on optimizing my websites, contributing to forums and building links to my sites.â

Neal says he spends an hour or two a day after work on his side hustle and that his business is still growing. The extra income is substantial enough to help him pay off his student loans early and give his family more wiggle room in their monthly budget. (You can keep tabs on your own finances by viewing two of your credit scores for free on Credit.com.)

While selling crickets might not be for you, Nealâs story is just another example of the many ways you can make money on the side. If youâre struggling to make ends meet, or need more income to pay down debt or boost your emergency fund, launching a side hustle can be the right approach.

The post Meet the Man Who Makes $600 a Month Selling Crickets appeared first on Credit.com.